Although my vocation is to help individuals by providing a sailing adventure, create fellowship, relieve painful memories, challenge and ‘grow’ to another level; others have come to help me exactly when needed.

A year ago a captain I had never met sent someone when I was on board alone. She worked very hard completing all sorts of tasks undaunted.

Two homeless people came to Christmas dinner this year. One was a Hungarian living on a boat too small to stand up in. Meeting the other reminded me he had come when I was desperately short of help when the main mast had to come out on our schooner. We had to exit two locks to the River Mersey then enter a lock a short distance upriver. The dock where the mast was to be lifted was very awkward and we had to enter backwards at right-angles due to a hammerhead marina pontoon that had been installed right in the way. The dock had almost no bollards; two feet longer and we could not have entered! To cut costs we had to reverse the process and return when the work was finished.

Widespread frequent communication and networking has produced just enough help for our charity to survive over many years. Quite amazing!

Some leaders seem to prefer not to face facts: – 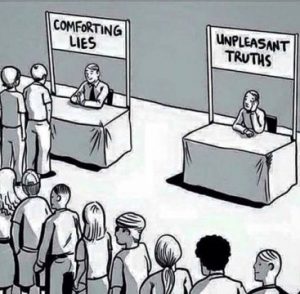 I am old so only have limited time left to change peoples’ lives (for the better)! I know that I am most effective when skippering a sailing vessel full of people. Then I am in my element. So I need to concentrate on actual sailing. I would still consider any situation to serve temporarily but would prefer longer term to be in my own element.

For the last fifty years there has been an acute shortage of Technical Marine Engineers so that Chief Engineers at sea are paid more than Masters. Friends ashore tell me that almost no professional engineers have entered their industries from Britain for many decades. They all come from countries far away.

This means that many missions have severe safety problems and also find running vessels reliably very difficult and repairs very costly through neglect of equipment. This has caused numerous missions to fail. A couple of years ago one major motor vessel said they would cease operating until they had found a suitable Chief Engineer or else give up altogether.

Whilst skippering one sailing vessel full time, I propose to offer a technical engineering consultancy service to a number of mission vessels. I would need to attend initially to assess each vessel, supervise creating a planned maintenance system, set up record logs and standard operating systems and then advise by email throughout the year monitoring progress. This way I could help many vessels achieve effective repairs and maintenance in the most cost effective and safe way.

An amazing gaff schooner has been donated by a charity in Switzerland to YWAM Newcastle, Australia who will use her for medical missions in Papua New Guinea. ‘Ruach’ was originally built in 1986 of steel and is 37m length overall, has GRT of 98 with 170 tonnes displacement and sail area of 550m2. She can carry 26.

I am helping prepare her in Germany to sail to a ‘heavy-lift’ ship that will carry her to Australia. She has had a very comprehensive €4.3m refit including replacing 55m2 of shell plating and a number of frames and major steel sections especially in the forward section. All the main deck was replaced. Almost all equipment aboard is new with a makers fully reconditioned engine.

After arriving in Australia she will be on tour to raise funds and support before sailing to Papua New Guinea. She will complement ‘YWAM PNG’ and the ‘Pacific Link’ in serving in missions there.

I am still skippering ‘Soteria’ in Ireland that was used by the BBC for film making in March and Ballycastle for their festival in May/June. Sponsorship, fund raising, bookings and maintenance for ‘Soteria’ have been very disappointing this year under the new shore management. However we have a long term regular booking with Drogheda for their pirate festival in July.

I am still skippering ‘Next Wave’ in Lesvos with others but she has only been able to move by flying in sufficient qualified crew each time to comply with regulations – but even stationary is providing valuable help to refugees. Lesvos has a population of 84,000 but has handled over 550,000 refugees! Euro Relief, the umbrella organisation for Christian charities there set up by Hellenic Ministries, has been notably successful at helping refugees taking into account their culture and philosophies. ‘Next Wave’ has been housing YWAM groups with the crew to help refugees in organised camps and a small community support room near the boat. We have concentrated on those in most need typically women and children and especially any pregnant and disabled. We have still built relationships with churches, youth groups and local government and had regular community events on board often led by local Greeks.

Unfortunately bad timing for the new managers meant that they had no funding or workers to help prepare Soteria for continued Christian sail-training this autumn 2015. So I did what I could within the limitations to progress matters when I returned from YWAM Next Wave from September until November. At least I got Soteria through the survey!

Apart from the possibility of eventually working with Divine Wind of Friend Ships when they are ready, I have been asked if I would skipper Eye of the Wind. However she is not a Christian vessel so this needs consideration.

I am going to Next Wave in early January 2016 for a period. However their new Chief Executive has resigned. So yet another crisis with a shortage of core staff although not as severe as Soteria!